The success of our breeding program starts with our cow herd. Our primary  goal right from day one, June 1st 1973, was to establish the best possible working cow herd of 40 females. Our policy was and still is to search out as many outcross quality genetics we could locate here in North America whether AI semen or open heifers, and then find a way to bring them to Dora Lee.

By purchasing heifer calves rather than bred heifers, the calves have a year to adjust to our feed and management and get in calf. This policy has worked well for us over the years.

We have used bulls available in Canada like King Arthur, Sim-Roc C& B Western, Wellhouse Kestrel, Arni 8M, Antonius, Solway Adonis, Hasalz, Horn, L.J.B. Jade and there are many more. Several of the above bulls go back to Neff – a bull born in Germany 1966 and who perhaps, has had the most influence of any bull in the history of our Fleckvieh Simmental breed. The Neff blood line has played a big roll in our herd development.

Being unable to access the U.S. AI semen market because of border restrictions and in order to gain access to the U.S. Fleckvieh genetic pool, we have been able to import several heifer calves over the years with the elusive outcross genetics we were searching for.  Animals have been sourced from Arkansas, Georgia, Tennessee, Pennsylvania, Iowa and Texas, obtaining time proven bloodlines such as Igloff, Hackenburg, Haber, Saro, Marne, Siegfried, Star Palm and Zeutello and others. These sires have had a big impact in our herd development process.

In recent years as we continue with our 364 days a year search and with the new genomic selection tools available to us for feed efficiency, we have been  searching out quality heifer calves with the polled genetic source  from many different blood line and of course feed efficiency which is very high in our selection criteria.

Our cow herd is something we are very proud of as we attempt to raise the bar at every opportunity. The never ending search goes on here at Dora Lee.

Come September, Betty and I will be traveling to Germany to attend the 19th World Fleckvieh Simmental Congress. Fleckviehs have been our lively hood for many years and Germany is where we believe the Fleckvieh strain all began sometime in the late 1800’s or early in the 1900’s. We are really looking forward to this opportunity to learn more, first hand, about the history and on going development of our Fleckvieh breed. 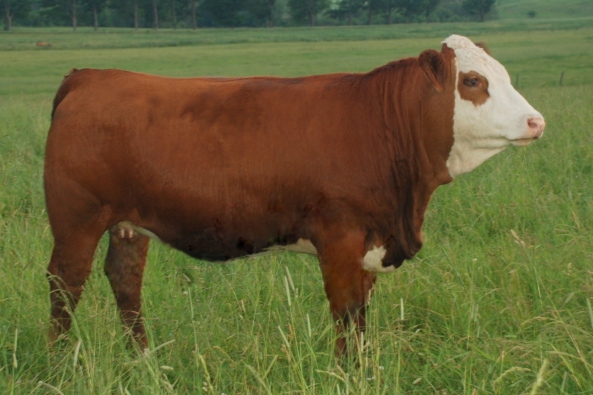 When folks tour our pastures, they point out Countess, noting her femininity and cherry red colour. Her mother, Claudia, is of one of our premier cows here at Dora Lee. Countess’s full sister, Cassandra, was the high selling Fleckvieh Forum heifer at last years sale going to Les Enterprises Hemi Inc in Quebec. Like her sale mate, Countess also has time proven, elite sires from the past in her make up – sires like King Arthur, Sim-Rock C&B Western, Hercules & Monet on the dam side and of course our outcross Equinox on the top side. DLD Celine, a maternal sister to Countess is certainly making her mark at Double Bar D in Saskatchewan with an awesome return on investment.

We feel Countess has it all – femininity, performance, style, colour and a stacked pedigree, backed by 39 years of breeding Fleckvieh Simmental here at Dora Lee. Fullblood Fleckvieh genetics at it’s best.

We imported Starr’s grand dam from the U.S. back in 1998 and she worked here for 12 years. Unfortunately we lost her to milk fever 2 days after Starr’s dam Stella was born. Despite being orphaned at 2 days, Stella has turned out to be, we believe an impressive individual and proof of this shows in her daughter Starr.

Starr has a star studded pedigree with many time proven bulls from the past in her make up. Outcross sires like Iglhoff, Siegfried, Arnold’s Image are all right there. Starr’s genomic profile is also very impressive placing her in the top 20% of our breed for feed efficiency and top 5% for rib eye. “WOW”! She is bred to the IPU Revelation bull, we believe to be a calving ease bull and being a direct son of our legendary Francesca cow is a real plus for us. Starr, we believe should have a long and productive life as she heads out to make her own mark following in her mother and grandmother’s foot steps. Fullblood Fleckvieh genetics at it’s best.

Bred AI May 10 to IPU Revelation – no exposure
Sold to Brad Cober, Wellesley, ON – Thank you Brad! 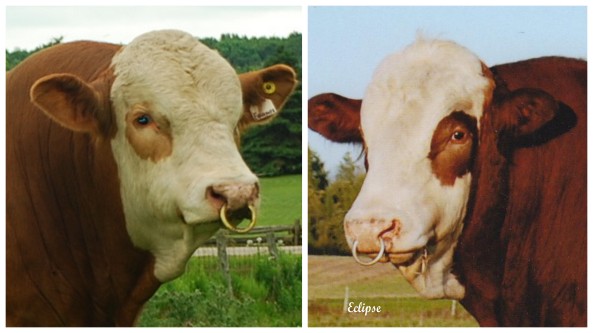